Basel III Standard: Will Gold Become Global Currency Instead of the Dollar? 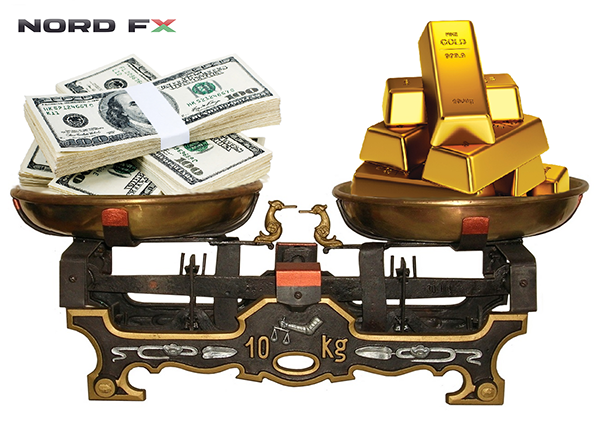 March 29 this year saw the start of the Bank for International Settlements new rules implementation final phase. Some experts believe that returning the status of money to gold should put an end to the absolute power of the dollar. According to their forecasts, the US currency may fall by 40% by December, and may lose its value at the beginning of next year.

Three Events that Shook the World of Gold

Since 1879, the US monetary system was based on the so-called “gold standard”, which tied the paper money supply to the size of the country's gold reserves, and $20 could at any time be exchanged for a troy ounce of this precious metal.

After 55 years, in 1934 US President Franklin Roosevelt approved the Gold Reserve Act. According to this document, private ownership of gold was declared illegal, and all the precious metal was subject to sale to the US Treasury. A year later, when all gold was transferred from private ownership to state hands, Roosevelt raised the price by 70% to $35 per troy ounce, which enabled him to print the corresponding amount of paper money.

The price of gold remained stable for the next four decades, keeping around $35, until early 1970s when another president, Richard Nixon, decided to abandon the “gold standard” altogether. This completely untied the government’s hands, allowing printing of infinite volumes of fiat currency, and gold prices, which had ceased to be money, would grow exponentially.

And in spring 2019, the media broke the news of another revolutionary event: on March 29, the final phase of the implementation of the new rules was due to start, according to which the yellow metal was once again becoming the same first-class asset as cash notes and government bonds.

The rules adopted by the Bank for International Settlements (BIS) and named "Basel III Standard» (by the place of the BIS location - Basel, Switzerland), made it possible for some experts to state that once gold returns its monetary status, it should become No. 1 money, pushing the unsecured US dollar out of the market. Since the obligation to exchange notes for precious metals now did not fall on the US Treasury, but directly on the banks, they had to start actively buying gold in order to maintain stability during the collapse of the dollar system. According to the forecasts of these experts, the US currency could have fallen by about 40% by December, and at the beginning of the next year it would lose its value completely.

- And what happened on March 29? - This question is addressed to the brokerage company NordFX leading analyst, John Gordon.

- Here is what happened, - he points to the chart. - Instead of soaring to the skies, literally the day before the gold lost more than eight percent of its price.

I think that it is clearly premature to talk about the death of the dollar. It should be borne in mind that, although the Bank for International Settlements unites more than 60 Central Banks of different countries, its documents are advisory rather than mandatory. Moreover, some sources claim that the decision on revaluation of gold and the date of introduction of this rule was made not at the BIS general meeting, but by a narrow circle of the major regulators. This is the US Federal Reserve, the ECB, the Bundesbank and the banks of England and France. And many major importers of gold, such as, for example, China, India, Russia or Japan, were not present there.

In order for gold to become valuable money again,” continues the NordFX analyst, “ it is necessary to establish gold parity, that is, its fixed content, at least in the leading world currencies.

Let's do a simple calculation. The price of gold is $1280 per ounce Now, or about $41 per gram. And now let's calculate how much the gold will cost if we set the parity between the dollar mass and the gold reserves of the United States. So, according to the 2018 data, the US gold reserves are 8,133.5 tons, and the dollar mass, including bank deposits, is about $40 trillion. We divide one by the other and find that the price of one gram of gold should be $5000, or $155.5 thousand per troy ounce. That is, 120 times more than it is today.

The US national debt is more than $22 trillion, and it is difficult even to imagine what will happen if at least some of the creditors demand to exchange their fiat money for real gold.

“I think that, despite their primitiveness,” concludes John Gordon, “these calculations clearly show that a return to the times of a century and a half ago, when every dollar, pound, ruble or mark was provided with the country's gold reserves, is hardly possible. 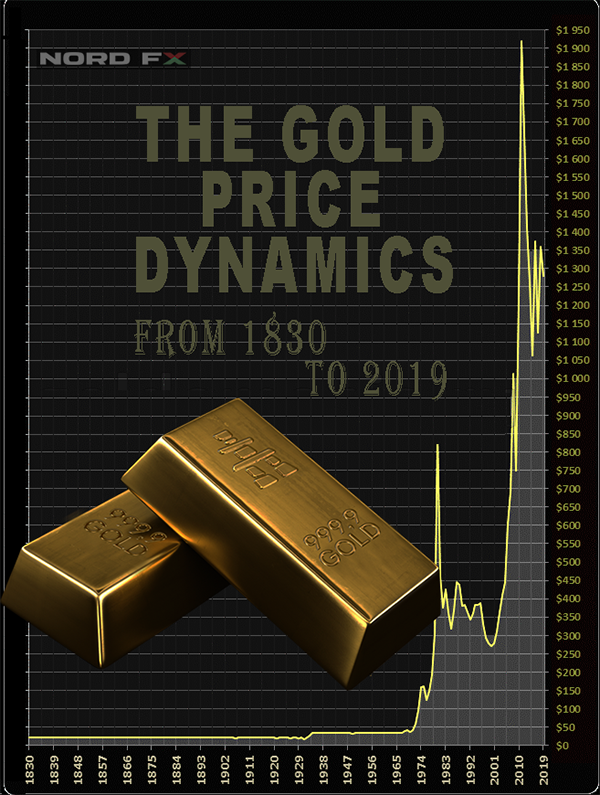 What Else Do Experts Say

The London Precious Metals Association (London Bullion Market Association, LBMA) conducted a survey of 30 analysts, asking them to predict the price of gold for 2019. If you average their opinions, then you can talk about a modest growth of only 1.8%. However, two thirds of respondents believe that at some point during the year the value of this precious metal may reach or even exceed the mark of $1,400 per ounce.

The most optimistic is Eddie Nagao of Sumitomo, who names the price at $1,475. According to him, gold will be one of the preferred assets among institutional and private investors, as the probability of a recession in the United States is constantly growing.

As for the pessimists, here Adam Williams of Fastmarkets MB (Metal Bulletin) has taken the first line. His scenario provides for a decline below $1,200. According to the bears, gold was the decisive factor for investors in November 2018 - February 2019. But in the case of a trade deal between the United States and China, the demand for safe-haven assets, including gold, will quickly fall, and the price will go down.

If we talk about a longer-term forecast, the model constructed by Gary S. Wagner, an analyst and producer of the daily newsletter The Gold Forecast, seems interesting. According to his calculations, the last major bullish wave began at the end of 2015, after the correction to $1040, and assumes that gold can re-test the record highs of 2011, having reached the price of $2070-2085 dollars per ounce in 2020.